Numbers and letters in an alphanumeric sequence hold the keys to our askings. It is in their repetition that the numbers acquire potency. I come to you because I desire to see Eyes in the back of your head.

To have “Eyes in the Back of Your Head” is to know everything that is happening around you, thus transcending the physical restrictions of the human perspective. The film title refers to linguistic parallels between magic and communication technologies. It invokes both the possibilities of technical surveillance and the concept of the “second sight”; a sixth sense that detaches the visual faculty from its physical organ to expand it to a pre-linguistic bodily sensation which, in the form of the premonition, overcomes the limits of space and time. 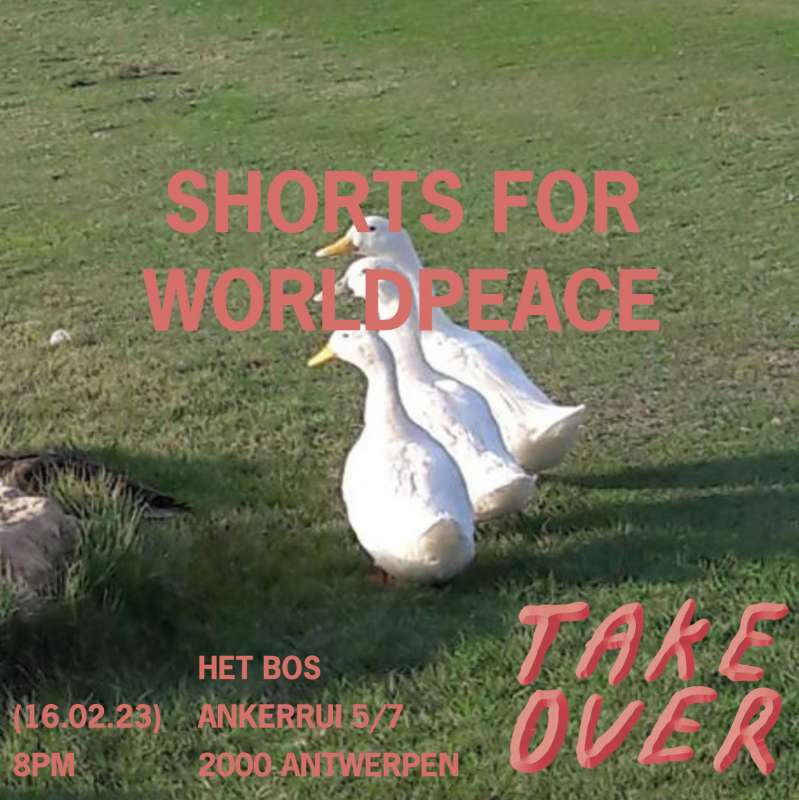 Shorts For World Peace - Take Over